Providing relief in need since 1665

The Westminster Amalgamated Charity (WAC) came into being on 19th July 1961 through the amalgamation of seven existing Westminster charities: 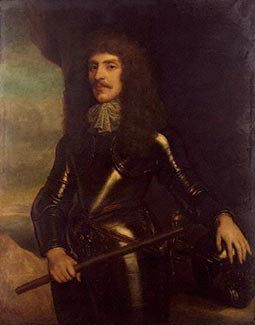 This action is perhaps not surprising given that the Mayor of the City of Westminster in October 1959 invited representatives of over 20 Westminster charities to attend a special meeting to discuss charitable provision in the city. After some discussion it was resolved to set up a committee "To examine the objects and resources of Westminster charities and to make recommendations for improving the effectiveness of their administration".

It is clear that this committee had an immediate and positive effect on the situation and looking at the history and the objects and activities of the seven charities listed above it is obvious that the next logical step was to pool their resources and form one entity that could be managed by one Board of Trustees.

The oldest of the constituent charities is believed to be The Earl Craven's Pest House Charity, founded during the Great Plague in 1665. Earl Craven lived in Craven House, Drury Lane and established his Pest House in the area now occupied by Foubert's Place, Marshall Street, Dufours Place and Broadwick Street in modern-day Soho. This area was known as Pest House Close. 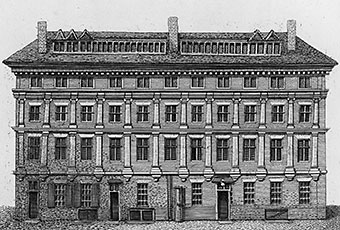 Earl Craven's intention was to establish an environment in which plague sufferers could live in isolation, attended by a physician, without having to be barricaded into their own homes and effectively left to die without any alleviation of suffering. A plague pit attached to the Pest House would then accommodate the bodies of the victims, thus relieving pressure on the parish churchyards.

In 1687 Pest House Close was made available to the Parishes of St. Clement Danes, St. Martin-in-the-Fields, St. James, Westminster and St. Paul's, Covent Garden for the relief of the poor inhabitants of those parishes.

By 1736 the threat of a recurrence of the Great Plague had receded and Pest House Close had been redeveloped. The Earl Craven's Pest House Charity retained its name but now acted as a grant-making body, operating in the parishes mentioned above and relieving need by way of grants to both individuals and organisations.

The Westminster General Aid in Sickness Charity, formerly known as the Westminster General Dispensary, was founded in 1774 and operated for many years from 9 Gerrard Street. Its remit, as the titles suggest, appears to have been Westminster-wide, in contrast to the Drury Lane Public Dispensary Fund, founded in 1782 and operating from 122 Drury Lane with its specific area of beneficence being the Parish of St. Clement Danes.

In both charities the objects and activities were almost identical, being the supply of food, fuel, bedding, medicines and medical aids to the sick poor of the areas of need. In addition, both charities made grants to provide holidays for the sick poor. This would be a theme echoed in the activities of two other charities founded, one in the nineteenth and one in the twentieth century (see below) and forming part of the 1961 amalgamation. 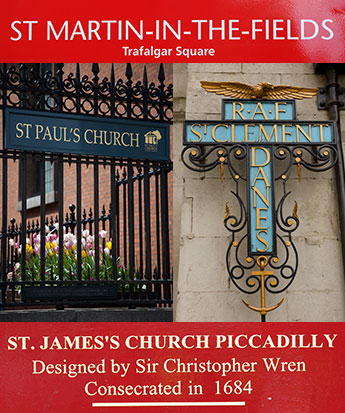 Throughout this period areas of beneficence were, in many cases, defined by the parishes of Westminster. These units of administration, known today as the Ancient Parishes, would be replaced by the creation of the City Council wards which exist today. However, some charitable activity continued, and continues to this day, to be based on the parish system.

The modern era - the need continues

The need for relief of poverty indeed continued and was matched by the desire to relieve such need. The St.Henry Convalescent Fund was founded by will in 1898 with the aim of making grants to enable the needy of the parish of St. Anne's, Soho, to attend convalescent homes in Kent. In addition provision was made to enable young people to attend seaside camps in Kent for the purposes of rest and recuperation.

The Charity of Albert Reitlinger in the City of Westminster was founded by will in 1924. Its aim was to "provide money, coals or other fuel, bread, meat or other food, or any of such articles, for such necessitous and deserving persons (irrespective of religion or race) in the City of Westminster as the Corporation may from time to time select, and the Corporation shall if practicable, give preference to widows and dependants of widows".

The Louie and Cecilia Holiday Fund was also active in the first part of the twentieth century providing holidays for the needy of the parish of St. Clement Danes.

A clear pattern of duplication of effort by these charities can be seen to be emerging, a pattern now becoming obvious to Westminster City Council. A common thread running through the management and administration of the charities was the involvement of the City Council. Councillors not only appointed Trustees, but also acted as Trustees themselves. Both the Albert Reitlinger's Charity and the Jonathan Barlow Charity were under the direct administration of the City Council and were the first to be earmarked for amalgamation.

Whilst Westminster City Council was working on amalgamating the Charities of Albert Reitlinger and Jonathan Barlow, the Trustees of Earl Craven's Pest House Charity, The St. Henry Convalescent Fund and Westminster General Aid in Sickness Charity were considering their own merger. Discussions with the City Council led to these three charities being included in the plan to merge Albert Reitlinger and Jonathan Barlow. These five charities formed the nucleus of what would become WAC. 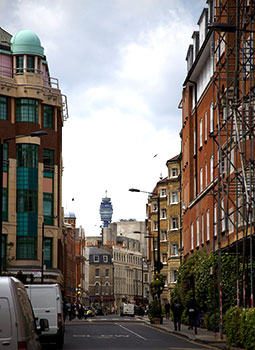 It was during the years leading up to 1961 that the connection was formed with the St. Clement Danes Holborn Estate Charity (HEC). The Trustees of HEC were administering both the Drury Lane Public Dispensary Fund and The Louie and Cecilia Holiday Fund and had indicated to Westminster City Council that, whilst not prepared to be absorbed themselves, they would take on other charities. In the event HEC agreed that the two smaller charities would move from their control to join the other five charities. Westminster Amalgamated Charity was born.

In 1994 the assets of the St. James Relief in Need Fund were added to those of Westminster Amalgamated Charity, further enhancing its resources and grant-making ability.

From 1961 WAC and HEC joined forces to share offices and administrative staff, an arrangement that continues to this day. Up to 1995 the Charities were based at 4/5 Gough Square, EC4, followed by six years at 6 New Bridge Street, also EC4.

It is fitting that the Charity moved to Drury Lane in 2001, thus returning to its roots in the Ancient Parish of St. Clement Danes to continue the task of relieving need in the City of Westminster.

Records of the constituent charities are held at Westminster Archive Centre, and are available for inspection. If you wish to examine these records, please contact the Chief Executive and Clerk to the Trustees for written permission.